Maybe we didn’t have much worth taking or maybe the world was a different place then, which is just a polite way of saying humankind was a better kind of human. Probably both. The time & place of the radical 60’s with parents whose generation was a league improved are blessings I appreciate more every day. We leave bread crumbs of a dwindling goodness that continues to deteriorate with no apparent opposition.

What’s been stolen from this family of humankind goes far beyond locked doors or negligent safe keeping. We were the lock that unwittingly clicked ourselves open

on command, giving wide entrance to the most cunning of thieves. Our shortsightedness, perhaps laziness, has allowed them to steal the goodness that was once our kind’s core.

Because today’s older generations come from the time and place they did, they’re in the unique position to look both, back & forward, with clear view & recollection of the robbery. Those less knowing and considerably less experienced are now in the position to mold our kind’s future. They have no concept of what they’ve lost so they’re incapable of living it authentically. You can’t know what you never had.

They rile in a generational coolness of misguided condescension that mimics sincerities of a once common decency. Maybe today’s generation has something as valuable – or 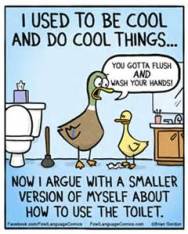 better – to replace what’s been so deceptively taken they don’t even know it’s gone. I hope so, but fear not. I snicker silently back at just how uncool their uncoolness is. It’s like the reject who blurts out repugnant jokes in working too hard to fit in. They’re the only one who doesn’t hear that no one else is laughing.

As if the victim of home invasion, I search unendingly for the valuables that are missing. I keep thinking I might find at least some having fallen between the couch cushions of time or misplaced temporarily in the back yard shed or absentmindedly lent to a neighbor pending return. But they’re not found and they don’t return. Replacements can’t hold the same heartfelt meanings that gave their

originals value; and, much like the mimicked authenticity of condescension, they just don’t make things as good today as they did then.

Years ago, at a much younger age when little about the real world bothered me, I reared children in a house trailer on a large plot of land visible from an interstate. It had a nice-sized room addition that we’d built by hand from materials of a left-over barn. You could do that then. We drew water from the small lake out back and gathered timber from the woods for heating harsh winters. It didn’t look like much on the outside but the inside was deceptively comfortable, equipped with all of the appliances & essentials necessary to maintain such remote living.

We never locked a door. We didn’t own a door key. Nothing was ever taken or vandalized. No one was ever accosted. I question if the same could be said for today.

Setting aside the obvious, just try to add a room addition with materials from an old barn and see who knocks on your door for permit fees, fines and inspection approvals, to say nothing of the whiney neighbor who reported it simply trying to give meaning to their own powerless lives. Let someone speak against the stealing of their authenticity without the offended running to the nearest 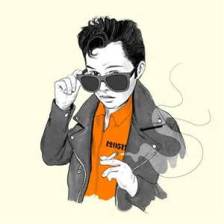 bully who can beat them up with weapons of law that disintegrated families and disenfranchised rights of those who don’t think like they do, themselves grasping at straws of self-righteous payback for the proper shaming of an overly zealous pride.

These are the makings of a thief that so discreetly slithered behind the scenes of self-serving pretenses we didn’t even see them coming and many still don’t know they’re there. That’s how cool their uncoolness is.

That is what was taken while we weren’t looking, while we so willingly handed over the keys to the lock that is our better judgment. Maybe today’s generation will surprise me and bring lost authenticity back to an even more robust life. God forbid they leave the door unlocked again.

(This is dedicated to Mr. Rogers, who I found a particularly obtuse whipper snapper and who is, unfortunately, a growing breed.) In response to WordPress Daily Prompt, Locked

4 thoughts on “The Uncoolness of Your Cool”