Looking forward, upward, northward all have connotations that somehow we’re moving in the right direction, we’re trying, we’re making progress and, somehow, we’ll get to wherever it is we think we’re going.

Now you have to remember, I come from the generation of sprawling handheld maps … and flashlights if you needed a map in the dark, in the car, where you always did most need it and where there never was room to outstretch it let alone the third hand to hold the 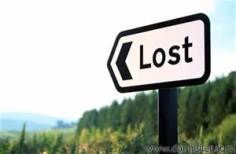 flashlight. That’s what your mouth or armpit were for. If you wore reading glasses you’d better remember to put those on or just as you got it all juggled into place you had to put it all down to find your glasses then start all over again. Maps were so familiar to me I could even refold one, oh yes I could.

I don’t know about you and it’s probably obvious by now that I’m one of those directionally-challenged individuals, as in, it doesn’t come second-nature to know where I am or how I got there or how to get back to where I am going. When I’m trying to get my bearings, in my head I first try to find North because all else navigates around it. Once I know where North is I can visualize where I should be – or at least try to be – and even then it’s a challenge because I have to figure out how far North I am or should be in the first place.

I imagine this is much different for someone who lives so far North everything else is South. That happened to me once when I was watching the weather channel. It caught me by total surprise, asking myself just how the heck I ended up there. I should’ve looked at a map before finding that place, because that’s one time I certainly had no desire to be that far North. I don’t do that any more.

Sometimes I’ve headed so far South thinking I was going North that by the time I realized I was going in the wrong direction I was so far South that getting to my Northern destination required covering a lot of old ground I’d sworn I would never cover again. As in,

literally swore after finding myself there. When fresh new Northern territory started feeling all comfortable again, I’d eventually find myself fighting that same old head-South tendency. ~Sigh~  Maybe it’s kind of like needing to reread a paragraph you’ve already read because you didn’t get it the first time or, just in case you didn’t, you wanted to make sure you did. Yeh, I do tend to do a lot of that.

Funny thing, though, I rarely find myself veering East or West. A wise friend once told me, God rest his football strategy loving soul, “Sometimes you have to go sideways to go up.” I can drift slightly East or West but I’m forever needing to redirect myself Northward. Forward. Upward. I’m in too big a hurry to be sidetracked by sideways, which ultimately, inevitably, sidetracks me all the more South only making my Northern trek an even more challenging one.