It was one of those work days when I felt especially lousy about being in such a dreary work environment. The receptionist put a call through, announcing “Donald Trump.” The first thing he said was, “Sh-h-h, don’t say anything …,”

Do you have a friend who makes everything a memorable enjoyment? Their zest for life is so passionate they find its magic in even the mundane.

Maybe it’s driving past a 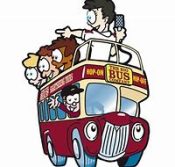 historical marker you always took for granted; watching a movie with special effects or simply how interesting its location is; a picnic day’s weather, touring a museum you’ve passed unnoticed, or luncheoning in an out-the-way eatery that has a story you’ve never heard. What ever they do, this friend finds something special in everyday life and they bring you into their special world. I was blessed with such a friend.

In my last days of working in New York I’d taken a job that turned out to be, for lack of a better word, a miserable environment. It was in a large upstairs room full of women in various cubicles, twenty or more, with one, in particular, enjoying unmerited mastery over all the rest. (She ‘got along well’ with the boss, they say.) 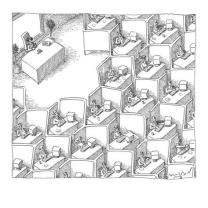 Our offices were in a nice, new building with windows lining all of the walls. Donald Trump was a prominent local figure whose name was always in the New York news, he being just as widespread in local news then as he is in the rest of the world now.

My friend, an entrepreneur by profession and in-between incomes, drove a limousine at the time, which is also a common sight in New York. He drove a big, stretch, black one with tinted windows, a full bar and all the trimmings. “Hann” was a lifelong New York Irishman with a unique flare for appreciating all of the specialness in life.

Work this one morning was one of those days where I felt especially lousy about just being in such a dreary environment. Then the receptionist put a call through, announcing 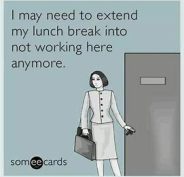 “Donald Trump” was on the phone for me. I took the call and my friend said, “Sh-h-h, don’t say anything …,” as he proceeded to describe his plan for taking me to lunch. Knowing how women are, he had me look out the window periodically until I saw him arrive in the parking lot below. By then word of my call had traveled around the room.

My friend’s black, stretch limo with its tinted windows pulled up outside, taking four or five spaces in the adjoining lot. Driving and dressed in his best Brooks Brothers business garb, Hann exited the driver’s side and withdrew an overflowing

bouquet of two dozen bright red roses. He proceeded to the back door, opened it and stood guard waiting for me to take a seat inside.

windows. I glided downstairs and, arriving at the limo’s back door, sat graciously inside as Hann handed me the lap-full of red roses. He returned to his place in the driver’s seat and off we ever-so-regally drove.

We went to the Dairy Queen around the block and sat outside eating hot dogs for lunch. Mine had mustard and onion. I think I ate two. The stark contrast of whisking me away from work as he did to eat DQ hot dogs in the back of a stretch limo with a huge bouquet of red roses strewn across my lap was the ultimate finding of magic in the mundane.

If you liked this post please click the Star button beneath. Thanks for visiting Spot In The Road.